Looking back, we can see the trend over the years:

These numbers have dropped each year for the last several years. Those are all positive strides in the right direction! There is always more work to be done, however, as long as any cats or dogs are being euthanized! You have to know where you have been and where you are now in order to know where you need to go. 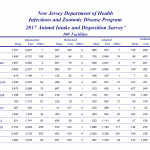 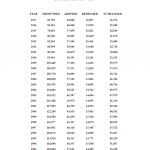 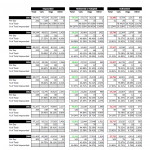 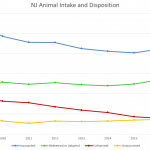 At left is a line graph showing total numbers of animals impounded (blue), adopted or redeemed (green), euthanized (red), and unaccounted* (yellow), from 2009 through 2017. (Click thumbnail to see larger image.) The green and red lines are gradually moving further from each other. That gap should become wider and wider!

(*”Unaccounted” can mean many things, depending on how shelters keep their records. It could be animals transferred to other shelters in NJ or in other states, transferred as barn cats, pulled by rescues, etc. The numbers that are most important are for those euthanized and adopted. The number impounded is lower, and that is good. That is likely due to the effectiveness of spay/neuter education and programs.)

See Gems of Wisdom and Pearls of Knowledge: Humane Messages at Compassion Central